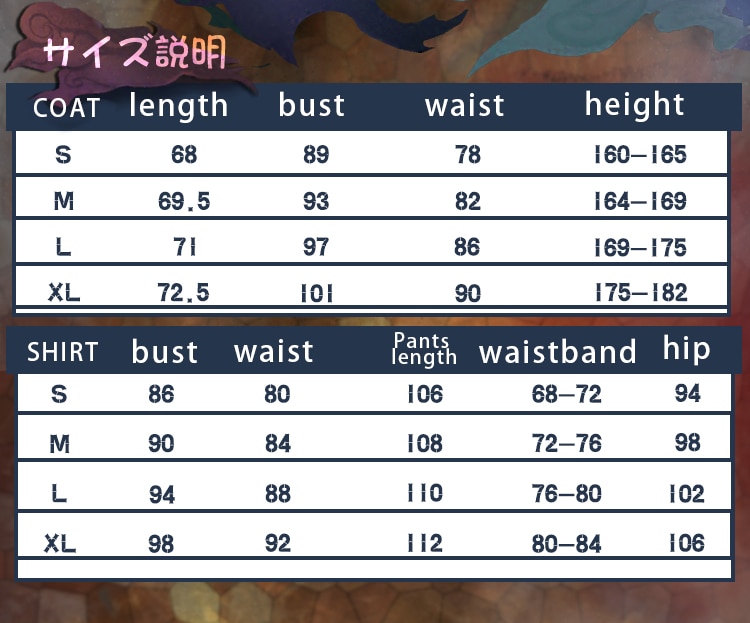 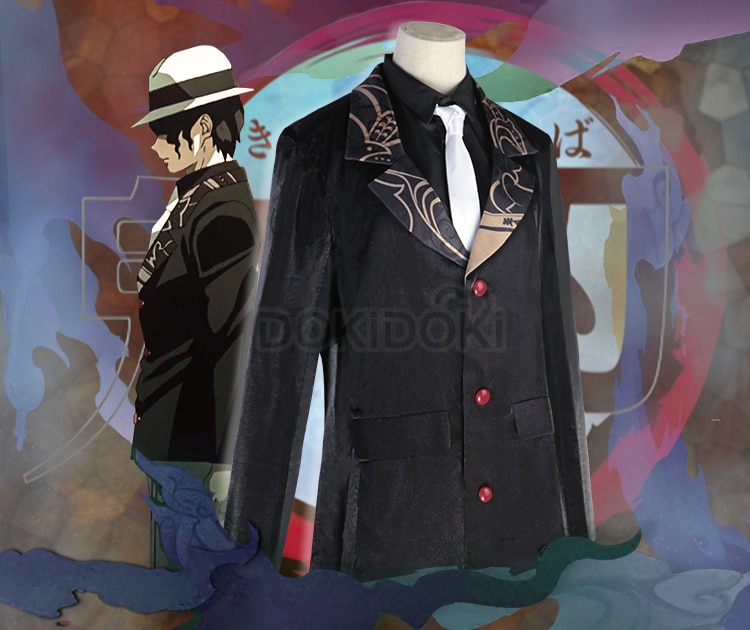 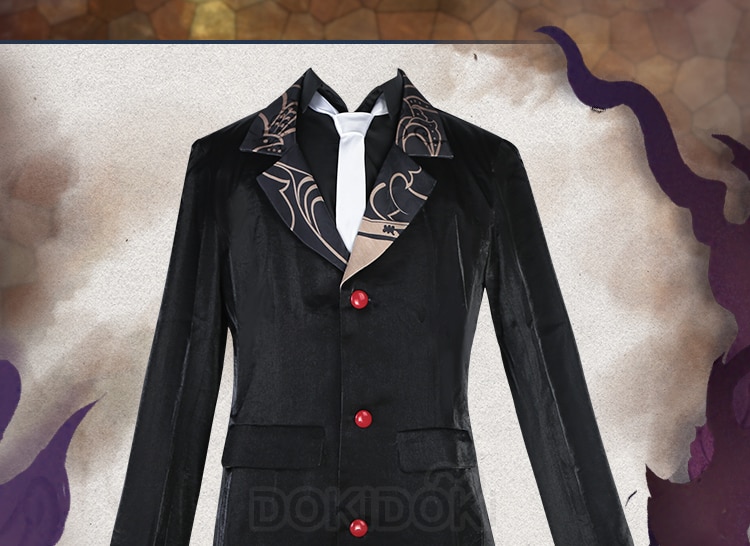 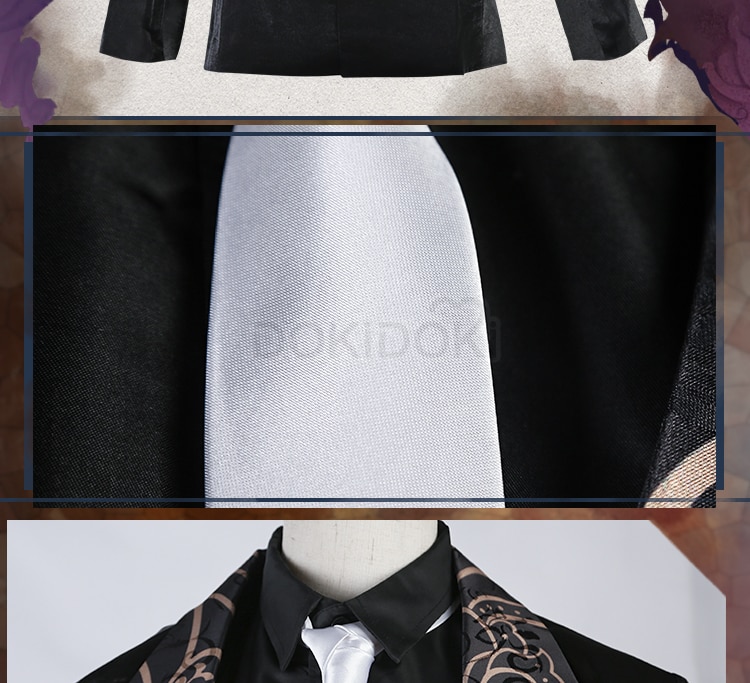 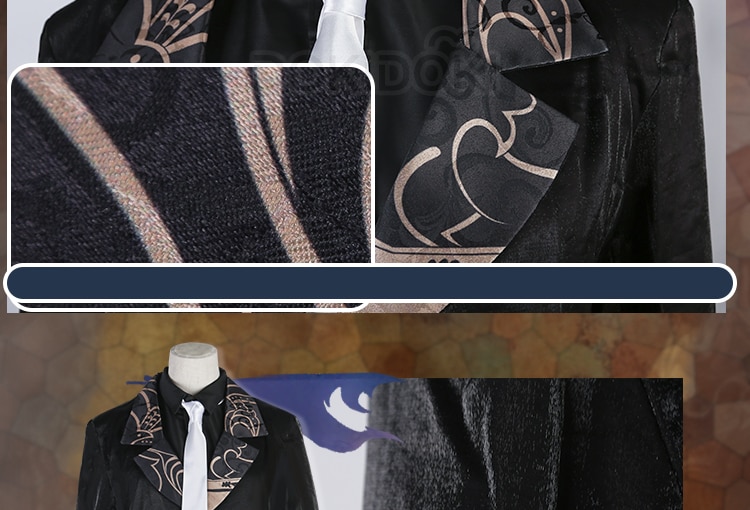 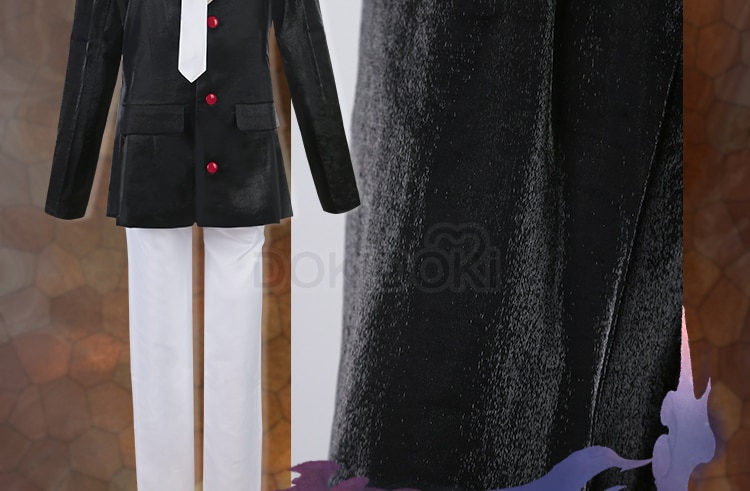 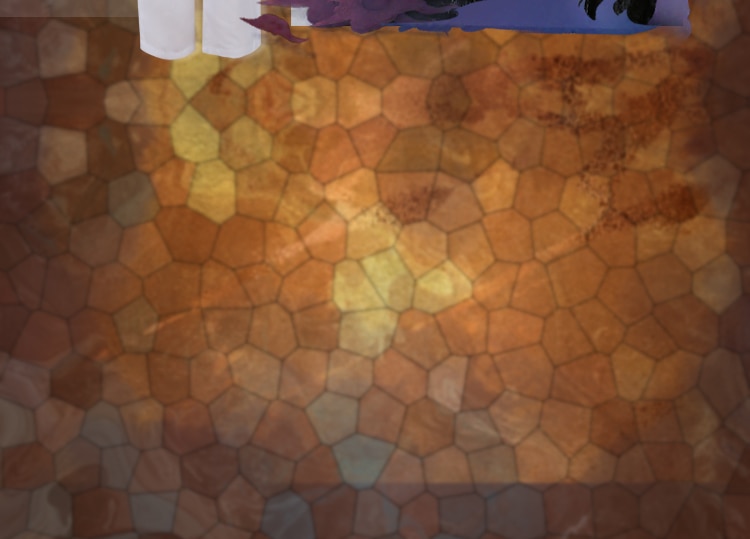 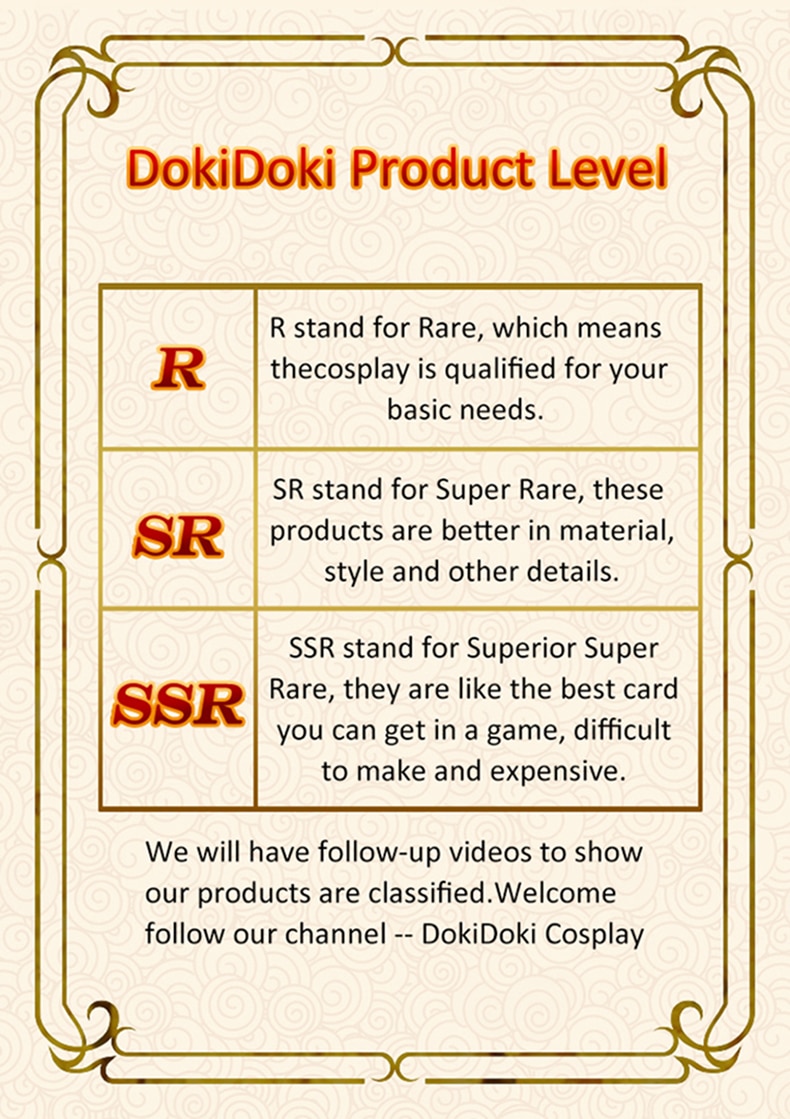 I really love the cosplay quality for Muzan! However there was a few flaws.

Number one is the hat... wasn't the type of style I would match to Muzan's style. It's literally a hat you could use for going to the beach and it isn't accurate as the original design so I plan on replacing it to my liking.

Second flaw was the blazer button inserts. When I first tried to put it on; I realized something off like why I can't put the buttons on? It's because the slit buttons for the blazer was CLOSED. I had to fix it by cutting through the closed inserts.

And my third flaw. It has a bit of a tight snug for an XL it almost felt like a L to me. I'm a female plus size and I'm most comfortable in fitting men's clothes. But here's the thing about Muzan's blazer. I used to bought another costume here under Dokidokicos which is also a blazer but it's Akira Kurusu's Persona 5 Dancing in Starlight outfit a size LARGE for MEN and it was a bit oversized for a regular LARGE; I didn't have any struggle for moving my arms and my body. But for Muzan's blazer it feels like a tight snug... I was hoping for space in movement as the same from my Persona 5 blazer.

And last flaw was the pants. The fabric is too thin layered... and lowkey uncomfortable for me so I also had to replace the pants with my own liking.

Overall despite it's flaws. I managed to tweak it up and fix them. I really love the silk fabric for the blazer and it gives out a clear sleak style. Even the necktie was made of silk! Absolutely a bonus for providing Tanjirou's scar temporary tattoos and Sanemi's scars. I can save them for any future Demon Slayer cosplays! Keep up the good work Dokidokicos. I look forward to buy more cosplays from you and I hope you have more bigger sizes for any cosplayers who are plus size like I am. Thank you for this beautiful cosplay. ❤ 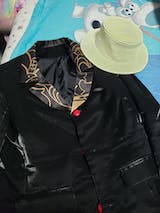 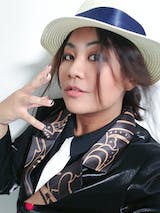